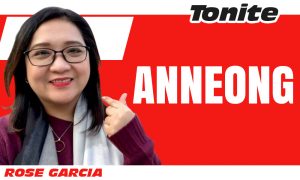 Ang “PSY 9th” na may title track na That That, which at produced ni Suga, plus he even appeared alongside Psy as an artist. Pagkalabas na pagkalabas nga nito, nag-top na agad sa mga music charts both in South Korea and all over the world!

Ayon kay Psy, “One day, I got a text message from an unknown number. It said, ‘Hi, this is Suga. I’d like to talk to you about something.’ So we met up.”

Sabi pa ni Psy, “Suga is a great performer, of course, but he’s also really good at writing music. He’s produced songs for IU and Heize before. So he’d produced lots of songs for other stars before, and he told me that he wanted to top off his producing project by giving me a song.

“That’s when he brought me the instrumental for That That. Suga’s the one who produced that beat. He asked me, ‘Could you possibly sing this song?’ and I said, ‘It wouldn’t even have to be this. What wouldn’t I be willing to sing [if you produced it]? I’m in!’”

Dugtong pa niya, “So we kept talking back and forth like this and working on the song together, and he wound up featuring on the song. I’d really like to take this opportunity to express my gratitude to him.”